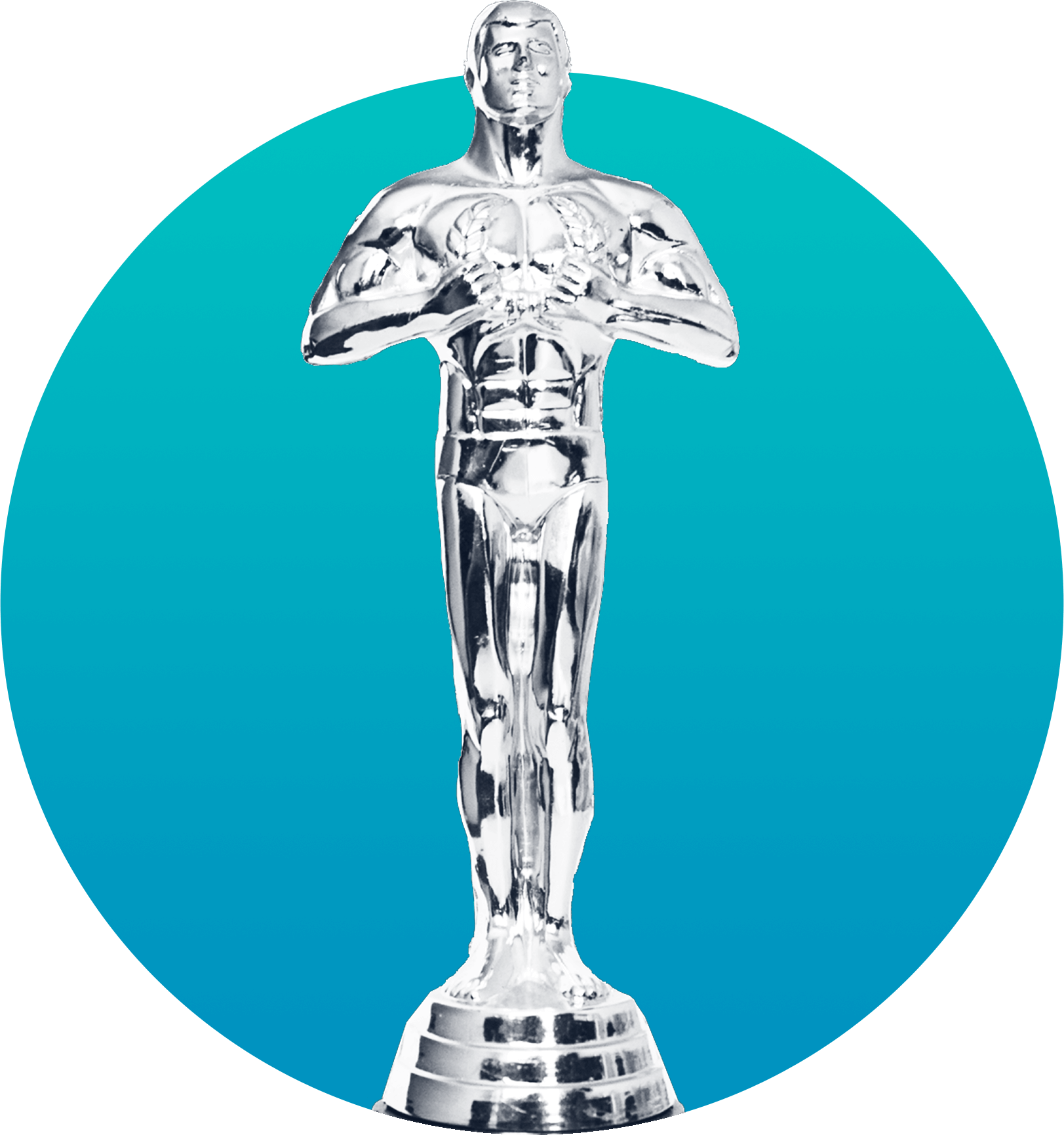 We know you’re excited to find out who we have in store for our October 2022 show. We are excited to tell you! Stay tuned for announcements!

All guest appearances are subject to change or cancellation.

Listen, we don’t like it as much as you, but guests cancel sometimes. When you put together an AMAZING guest list such as ours with in working actors & creators, there are bound to be scheduling conflicts. Motor City Comic Con IS NOT RESPONSIBLE FOR GUEST CANCELLATIONS. In the case of a Guest Cancellation we will refund any Photo Op and/or Autograph tickets, etc. associated with the guest purchased but we do not offer any returns or refunds for Motor City Comic Con 2021 Admission tickets. 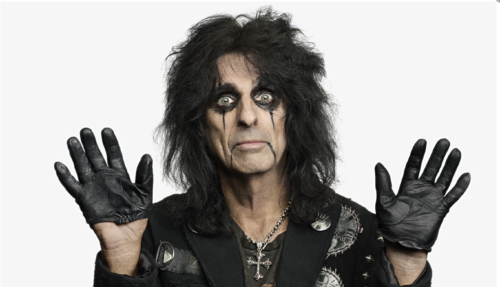 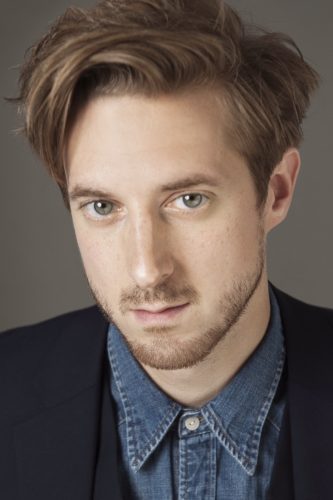 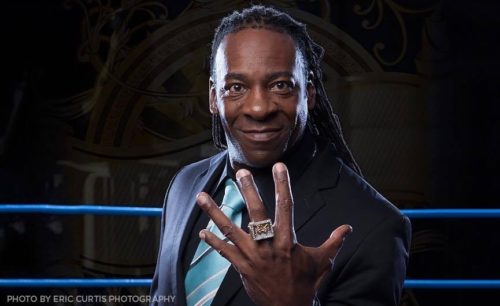 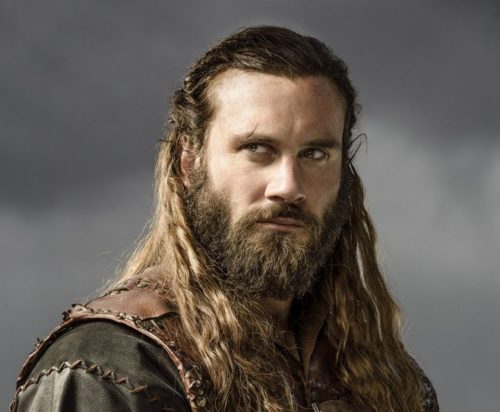 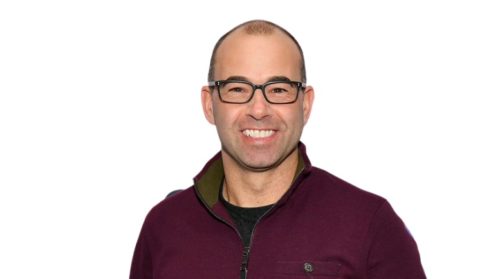 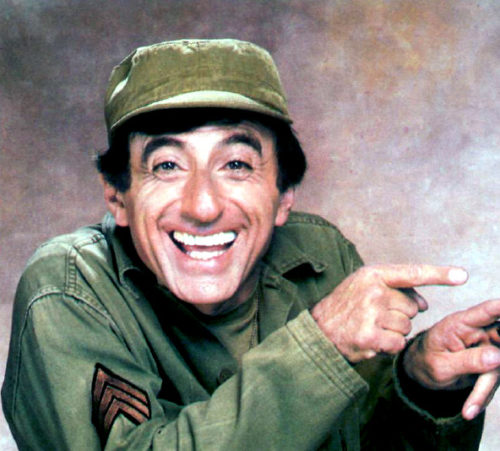 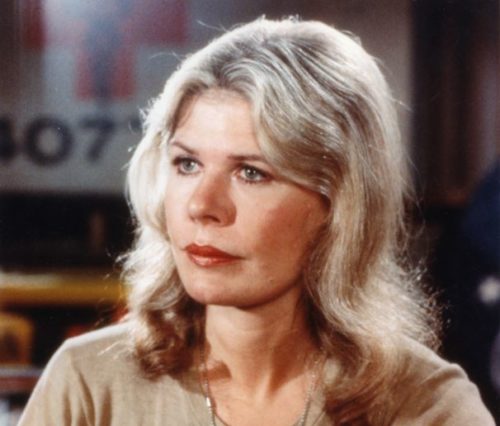 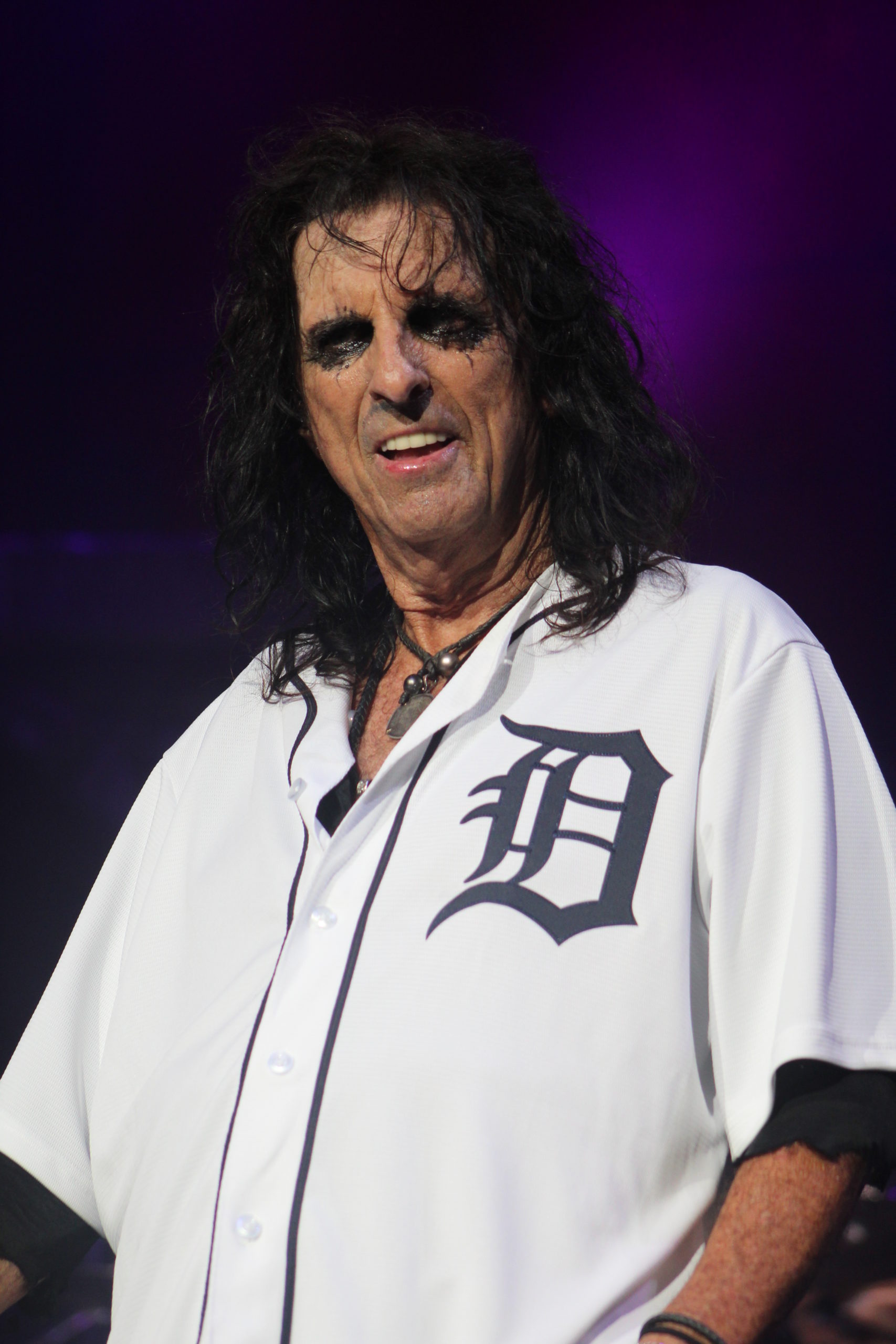 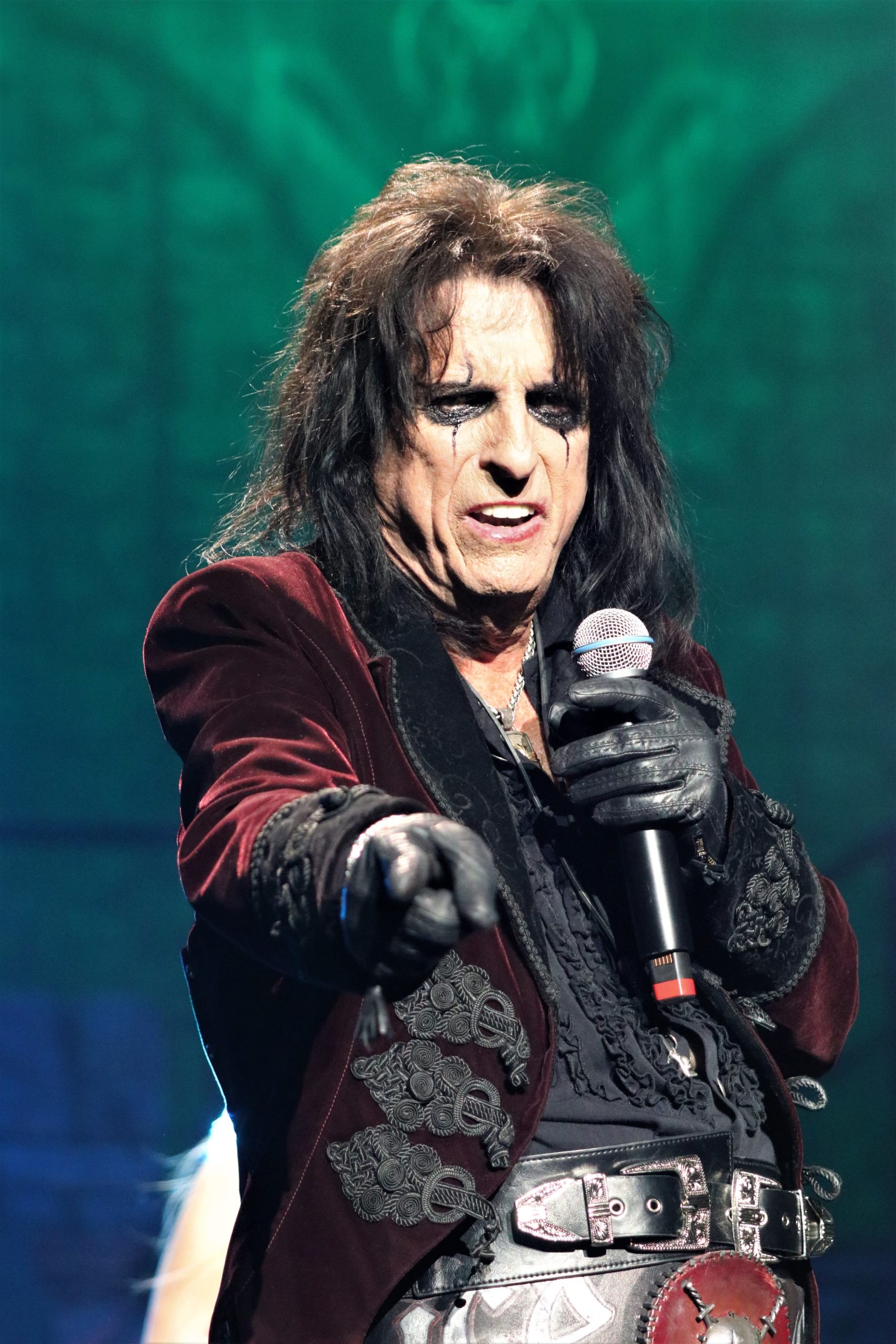 Alice Cooper pioneered a grandly theatrical brand of hard rock that was designed to shock. Drawing equally from horror movies, vaudeville, and garage rock, the group created a stage show that featured electric chairs, guillotines, fake blood and boa constrictors. He continues to tour regularly, performing shows worldwide with the dark and horror-themed theatrics that he’s best known for. 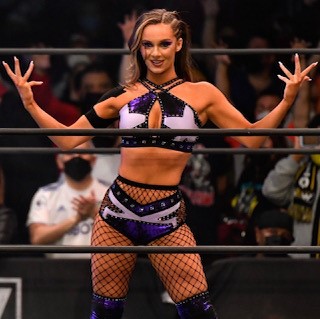 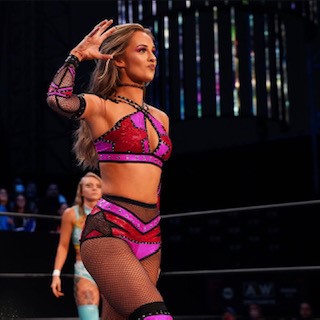 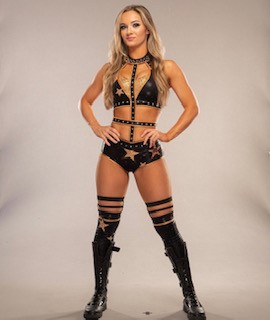 Anna Marie Jernigan is an American professional wrestler better known by her ring name Anna Jay. She is signed to All Elite Wrestling (AEW) and is a member of the stable The Dark Order. Jay started training at One Fall Power Factory in July 2018. In January 2020, Jay defeated Thunder Blonde in a hair vs. hair match at a Georgia Premier Wrestling event. Jay made her first appearance in All Elite Wrestling on April 1, 2020, losing to Hikaru Shida in singles competition on Dynamite. On April 6, she had signed with the company. Following a loss in singles competition to Abadon on the June 17 episode of Dynamite, she was helped backstage by The Dark Order. Jay teamed with Tay Conti in AEW Women's Tag Team Cup Tournament: The Deadly Draw. They advanced in the quarterfinals by defeating Nyla Rose and Ariane Andrew but lost to Ivelisse and Diamante during the semifinals. She was officially introduced as a member of The Dark Order on the August 27 episode of Dynamite 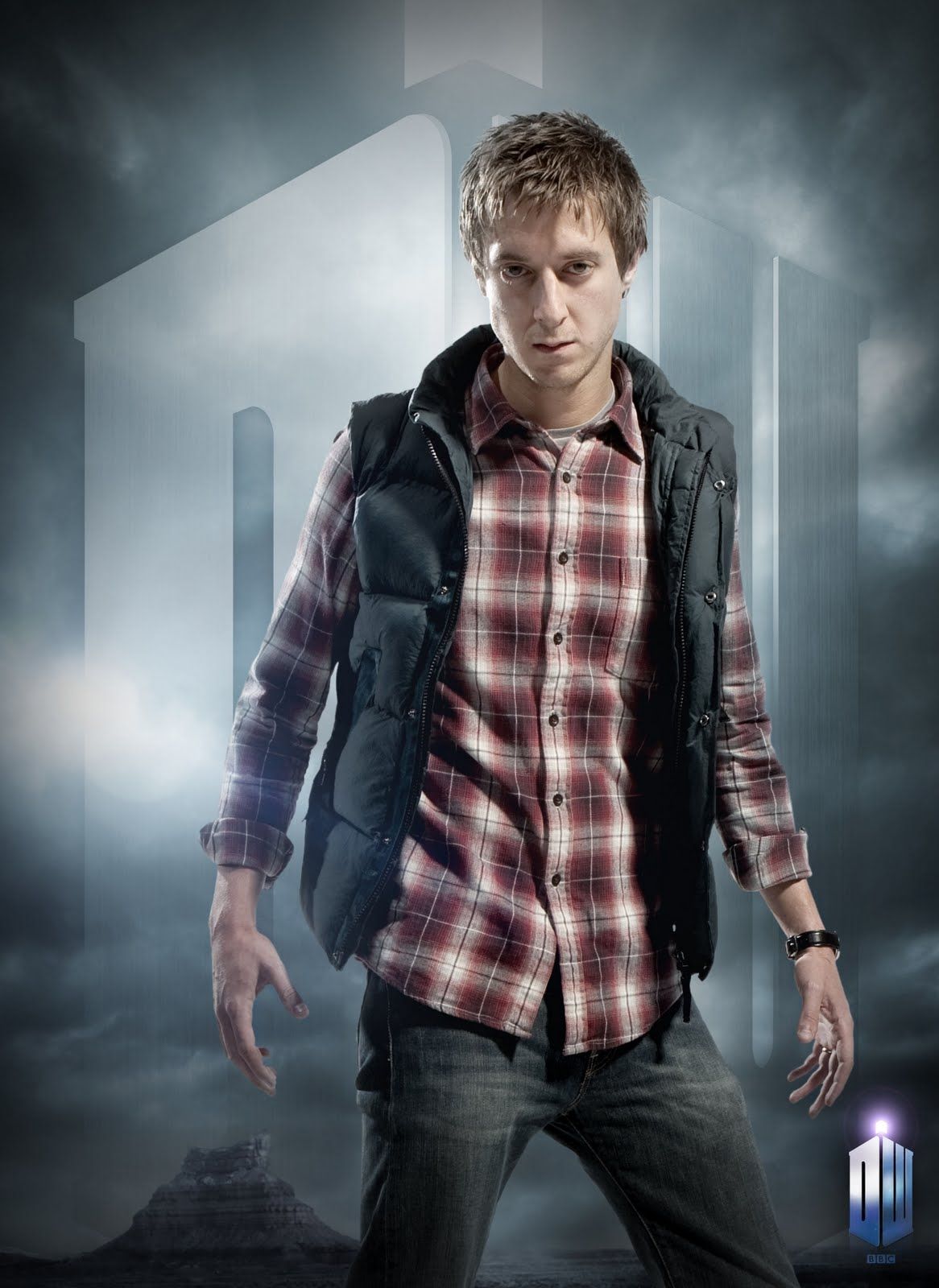 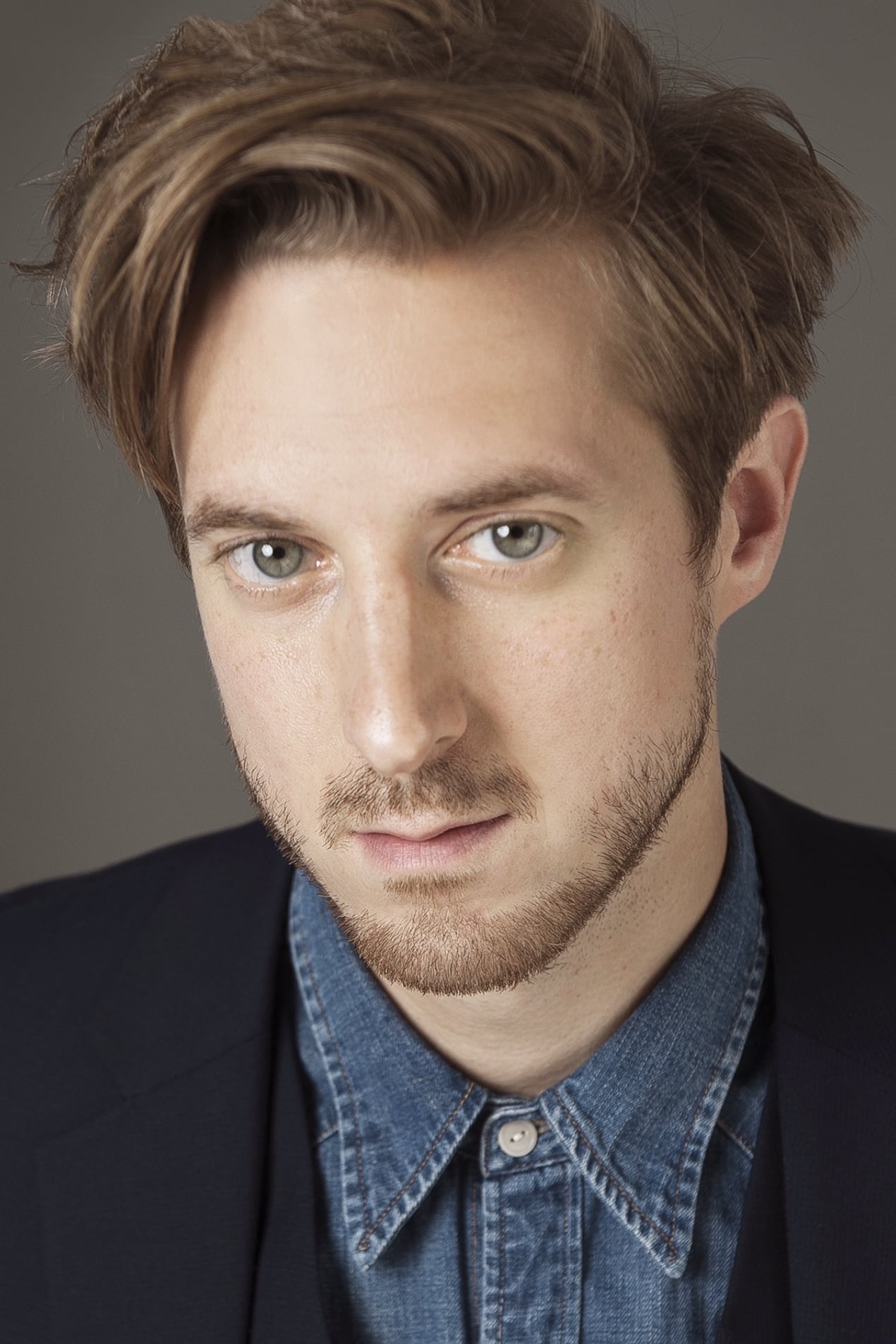 Doctor Who, DC's Legends of Tomorrow

Multi-faceted English born artist Arthur Darvill is best known to Whovians and genre fans alike for the role of Rory Williams, one of the Eleventh Doctor's companions in the television series “Doctor Who.” Darvill’s acting career began on the stage with membership at the Stage2 Youth Theatre Company, advancing to roles in large scale, professional productions such as Terre Haute, Stacy and Swimming with Sharks alongside future “Doctor Who” co-star, Matt Smith before making his BBC television debut on the crime drama “He Kills Coppers.” Following a role in the BBC serial “Little Dorrit,” Darvill could next been seen alongside Andy Serkis in the film “Sex & Drugs & Rock & Roll,” a biopic about British punk rock pioneer Ian Dury. The role or rock musician in the film could be said to harken back to Darvill’s early days as guitarist and keyboardist for an indie band he formed called Edmund. Darvill began playing Rory Williams, companion to the Eleventh Doctor, in the fifth series of “Doctor Who.” He became a regular character in the sixth series, and confirmed that he would be appearing in the seventh series; however, the seventh series would be his last. His character, along with Karen Gillan’s Amy Pond, was written out of the show midway through Series 7; they were separated from the Doctor forever by the Weeping Angels in the episode "The Angels Take Manhattan." Since his stint on “Doctor Who,” Darvill was also seen on the BBC miniseries “The White Queen” as the Duke of Buckingham. Always looking to challenge both himself and his audience, 2015 saw Darvill work opposite “Doctor Who” alum David Tennant in the highly lauded BBC crime drama, “Broadchurch.” In 2016 Darvill took on the role of superhero, starring as Rip Hunter in the CW series “DC’s Legends of Tomorrow.” A spin-off of the hit shows “The Flash” and “Arrow,” the show stars Darvill as a charming, time travelling rogue responsible for shaping much of our history. 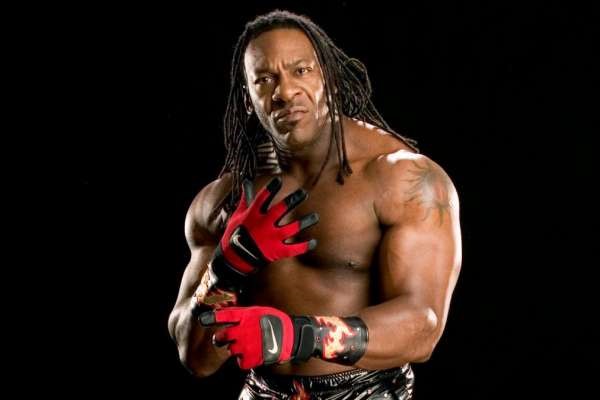 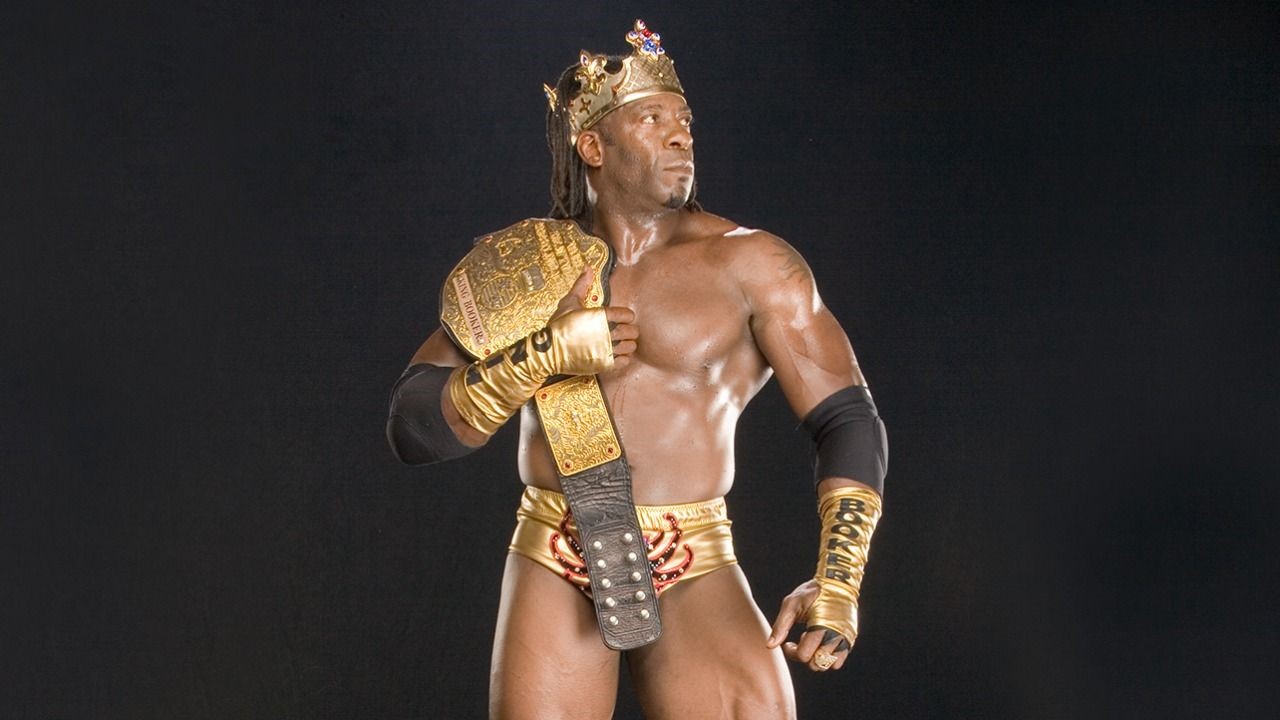 Robert Booker Tio Huffman, better known as Booker T is a semi-retired American professional wrestler, professional wrestling promoter and color commentator, currently signed to World Wrestling Entertainment (WWE). Since returning from an extensive medical hiatus in 2013, Booker makes occasional appearances on WWE programs. He is best known for his time in both WWE and World Championship Wrestling (WCW). He was inducted into the WWE Hall Of Fame in 2013. He has also worked for Total Nonstop Action Wrestling (TNA) and is the owner of the Pro Wrestling Alliance. Booker T found early success in WCW where he founded the very popular tag team Harlem Heat alongside his brother, Stevie Ray. He is an overall 6-Time World Champion, winning the WCW World Heavyweight Championship on five occasions and the World Heavyweight Championship once. He has held various World Tag Team Championships throughout his career. 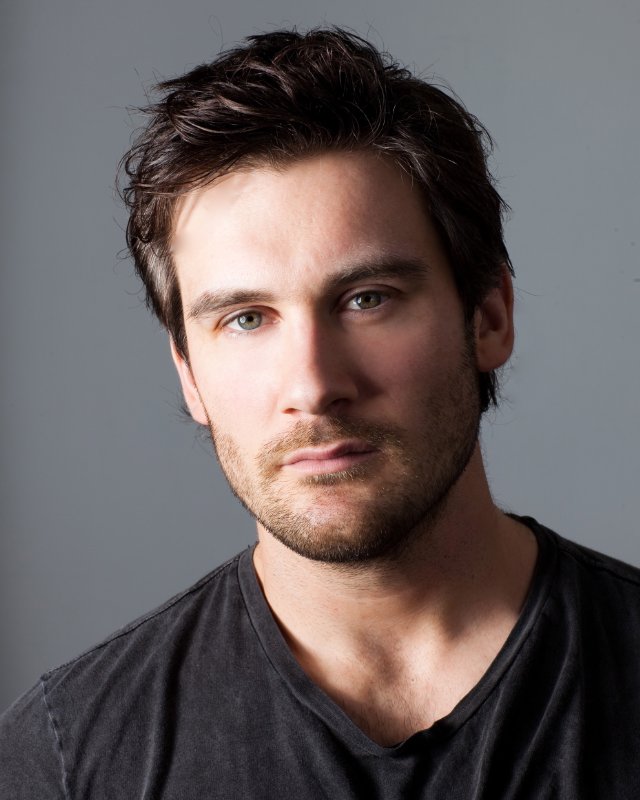 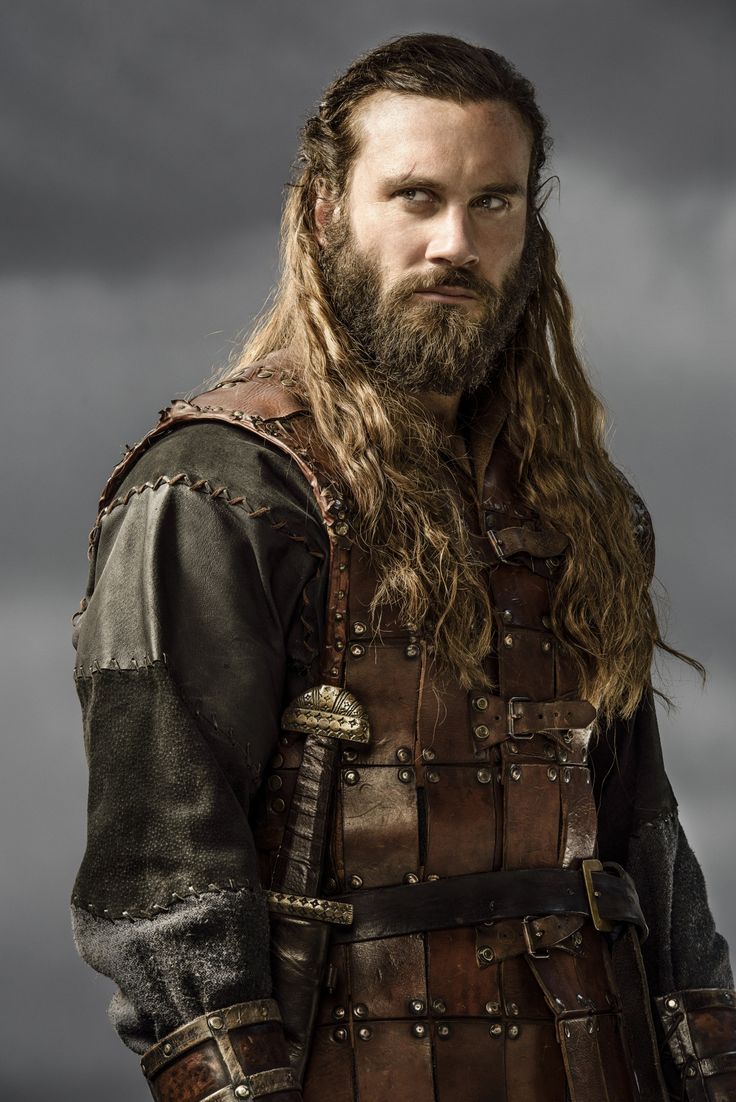 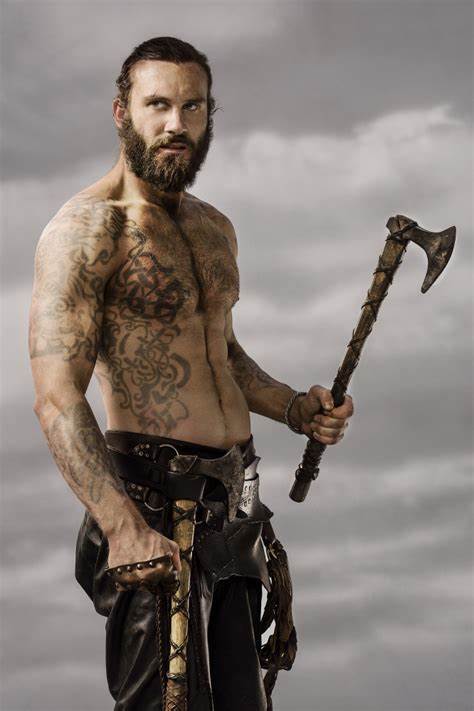 Clive Standen is an English actor best known for playing Rollo in the History Channel series Vikings (2013–2018), Bryan Mills in the NBC series Taken (2017–2018), based on the film trilogy of the same name, as well as Sir Gawain in the Starz series Camelot, Archer in the BBC One series Robin Hood, and Private Carl Harris in the BBC science-fiction program Doctor Who. 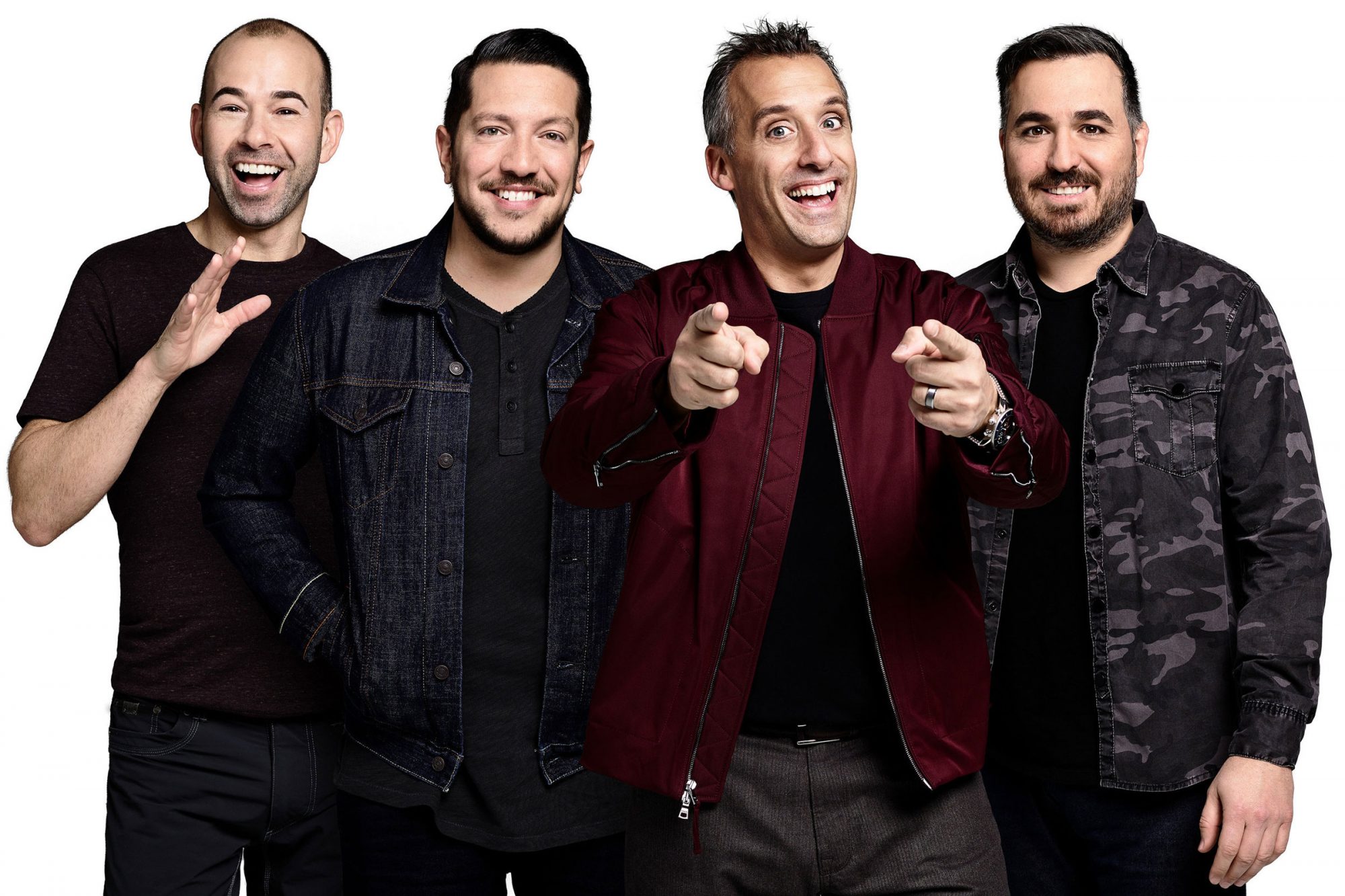 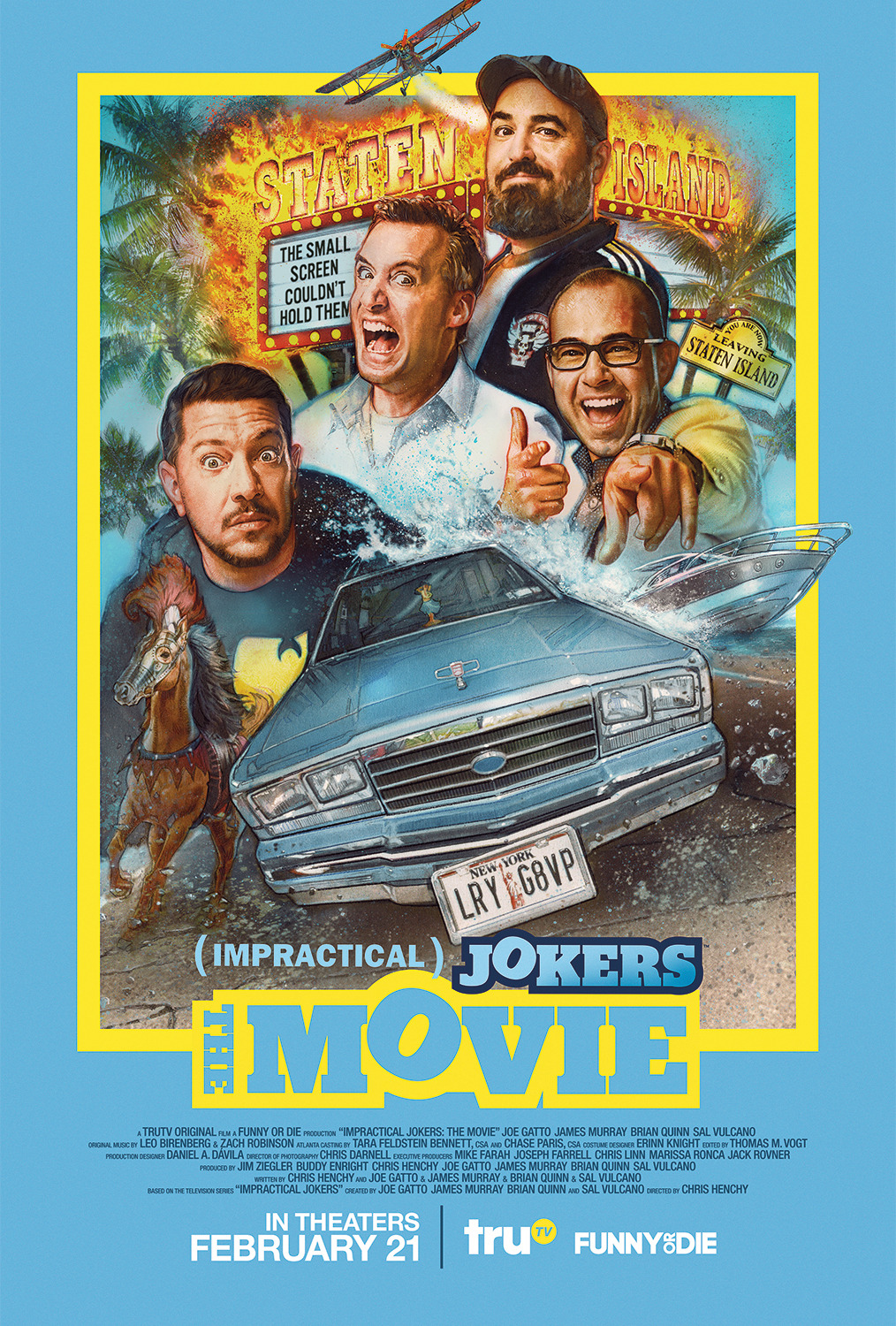 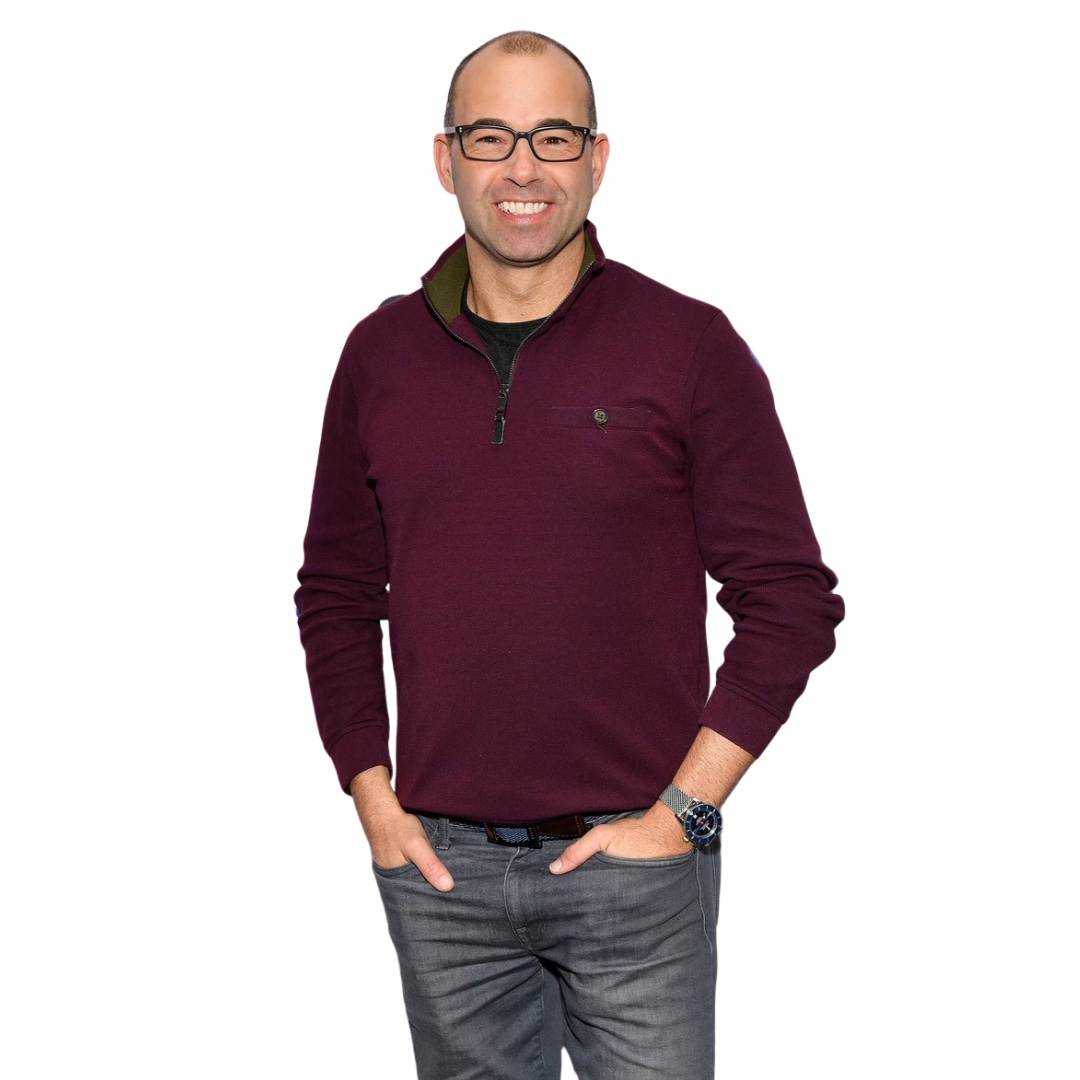 James S. Murray is a writer, executive producer, and actor, best known as “Murr” on the hit television show Impractical Jokers on truTV. He is also one of the stars of the TV show The Misery Index on TBS along with his comedy troupe, The Tenderloins. He has worked as the Senior Vice President of Development for NorthSouth Productions for a decade, is the owner of Impractical Productions, LLC, and is the author of the international bestselling novels Awakened and The Brink. Originally from Staten Island, he now lives in Princeton, NJ. 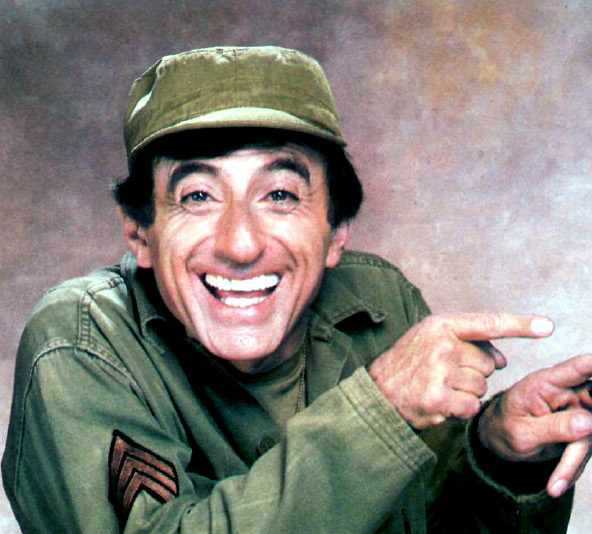 One of the most prolific character actors of his time starting with his role of Santini in the Blackboard Jungle (1955). Since then has appeared in iconic shows as the Twilight Zone, the Red Skelton Hour, the Dick Van Dyke Show, the Danny Kaye Show, Hazel, My Three Sons, Ben Casey, The Lucy Show, I Dream of Jeannie, The Andy Griffith Show, My Favorite Martian, F Troop, Get Smart. Gomer Pyle, The Flying Nun, The Blue Knight, Barnaby Jones, The Love Boat, Diagnosis Murder and of course M*A*S*H. 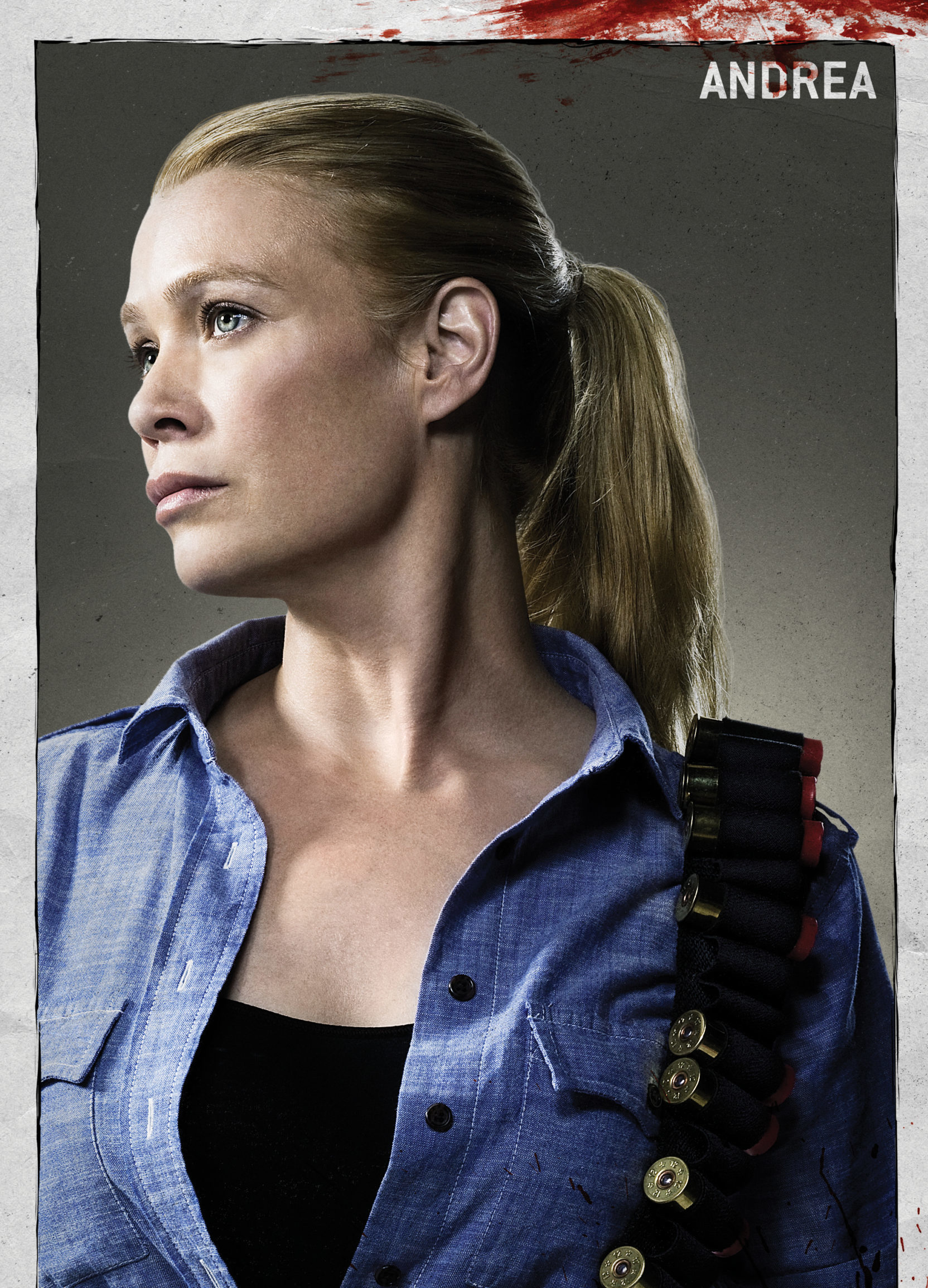 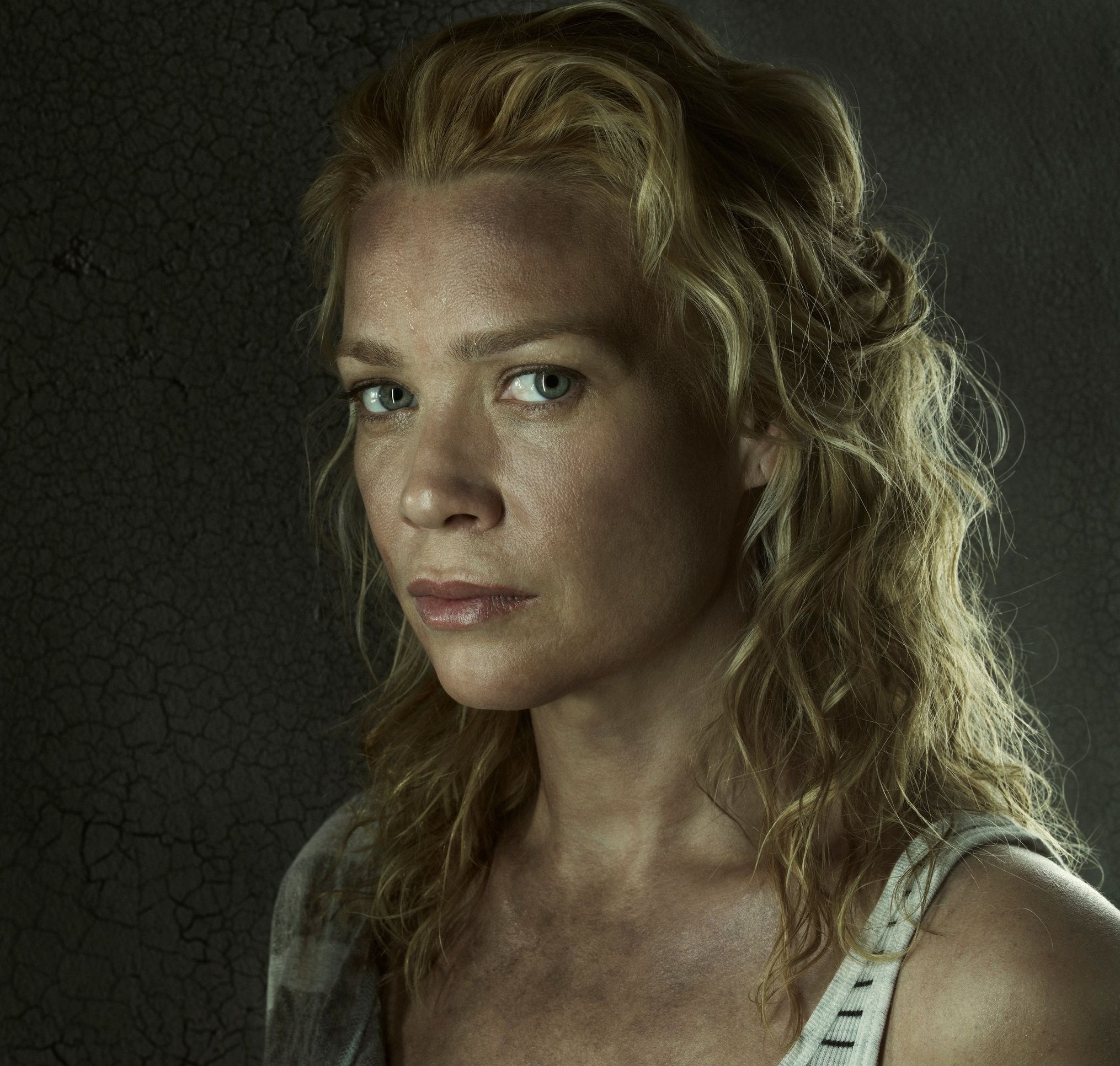 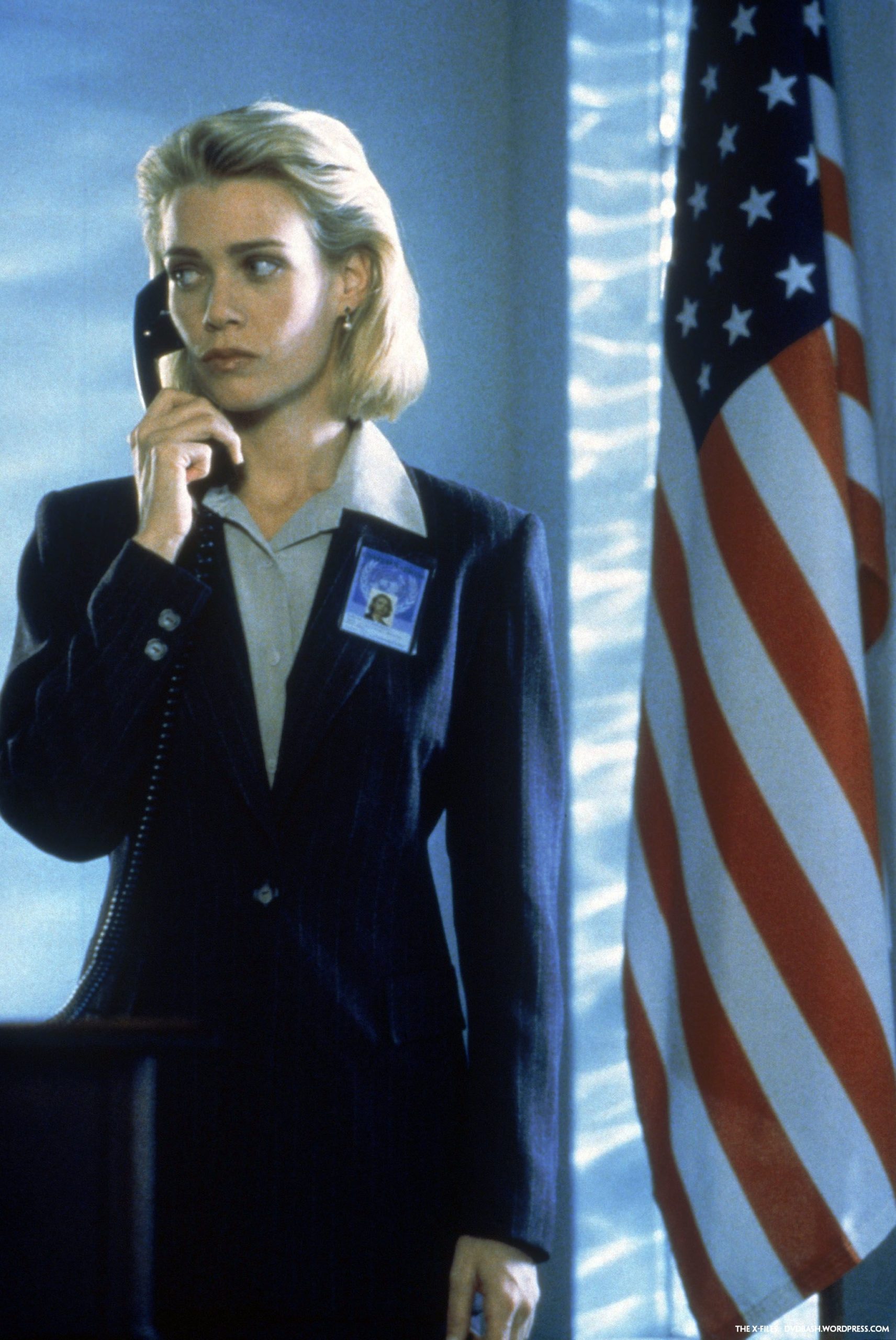 The Walking Dead, The Boys, The X Files

Laurie Holden is best known to audiences as Andrea in the hit AMC drama series The Walking Dead. She has appeared in several groundbreaking television series, including seminal roles on The X-Files, The Shield, and The Americans. Laurie entered the comic book world when she co-starred opposite Michael Chiklis in Fox's Fantastic Four and then ventured into the gamer genre with her starring role in Silent Hill. She also starred in The Mist and in the Farrelly Brothers' Dumb and Dumber To with Jim Carrey and Jeff Daniels. In 2011, Holden received two Best Supporting Actress nominations for her work on The Walking Dead: one from Spike TV's Scream Awards and another from the Academy of Science Fiction, Fantasy and Horror Films' Saturn Awards. She has also played the Crimson Countess on the Amazon Prime show The Boys. 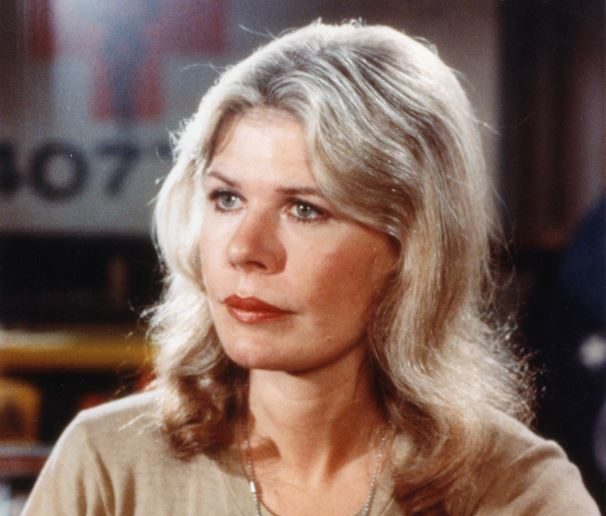 Loretta Swit was born on November 4, 1937, in Passaic, New Jersey. Her parents, Polish immigrants, were not in favor of her making a stab at a show business career. Performing on stage from age 7, however, nothing and nobody could deter her. Arriving in Hollywood in 1970, Loretta merited some attention by lightening up a number of dramas with her humorous, off-centered performances on such TV fare as Gunsmoke (1955), Mission: Impossible (1966), Hawaii Five-O (1968) and Mannix (1967). After her smash success on "M*A*S*H," Loretta went the dramatic TV movie route with leads in such vehicles as The Execution (1985), Miracle at Moreaux (1985), Dreams of Gold: The Mel Fisher Story (1986), A Matter of Principal (1990) and Hell Hath No Fury (1991). A strict vegetarian, she has served as a spokesperson for the Humane Society of the United States and has been multi-honored for her long-time dedication and passion to animals. She is also the author of a book on needlepoint (A Needlepoint Scrapbook), runs her own line of jewelry and exhibits watercolor paintings.